Codex, an original design coffer conceived for the desk, celebrates the genius of Leonardo da Vinci 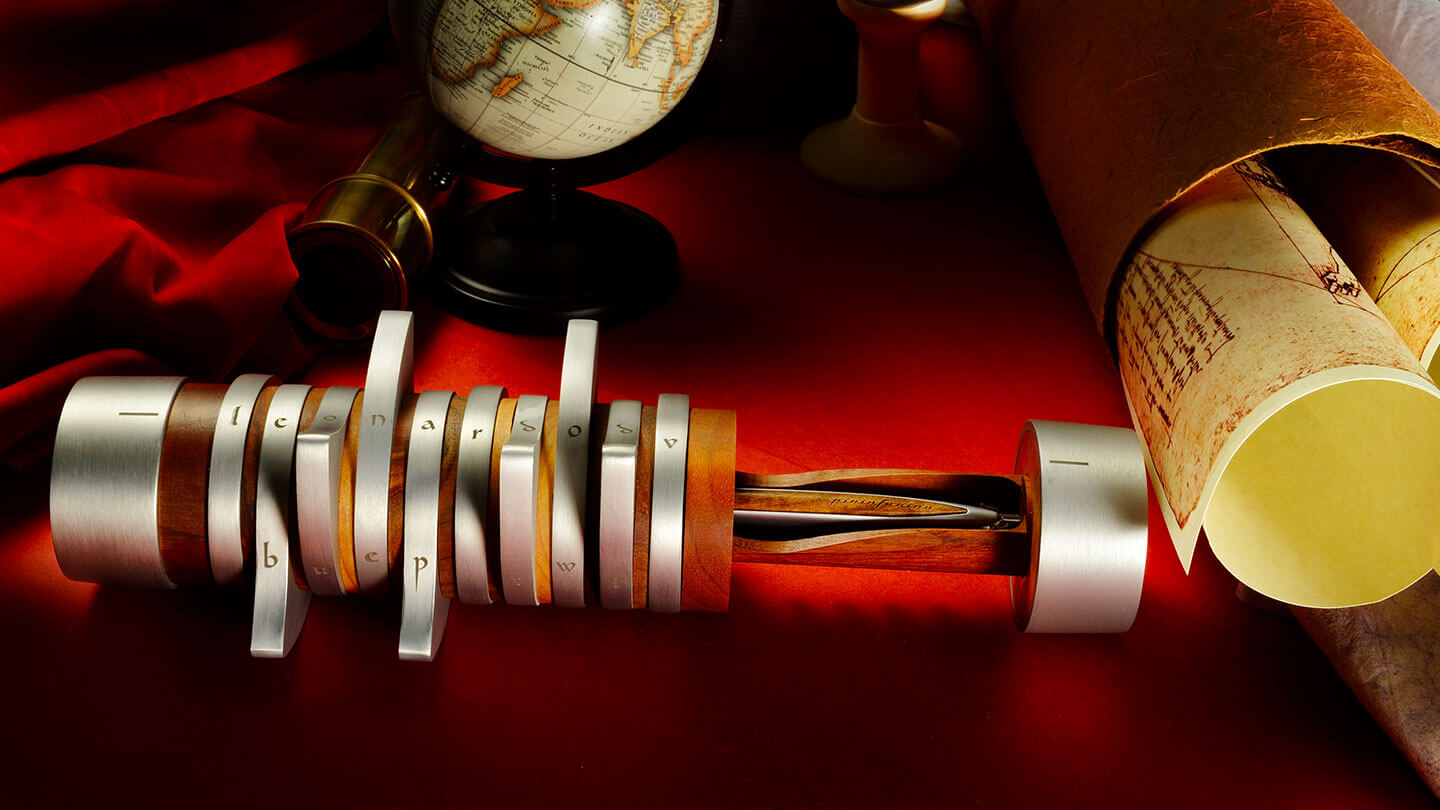 An object conceived to preserve treasures becomes a jewel itself.
Produced in a limited edition of 500 numbered pieces

Turin, 01 April 2019 – A coffer able to enclose an object, preserving it as a precious treasure; a product that enriches a design desk, giving it an elegant and mysterious character. Codex is a Pininfarina Segno creation, inspired by the genius of Leonardo Da Vinci and dedicated to those who love history, a tale made up of enigmas, quotes and, at the same time, artisan mastery and design. Produced in a limited edition of 500 numbered pieces.

The Codex structure combines the purity of aluminum with the essentiality of solid walnut wood, forming a cylinder which inside can be accessed exclusively by aligning the letters in the right sequence, composing the secret code that seals the content. At the center of the cylinder, an empty space conceals a Pininfarina Segno stylus, as well as valuable information, or small personal objects, making Codex a true design secret, refined and elegant.

The Codex project takes inspiration from the “Cryptex”, invented by Dan Brown in his bestseller “The Da Vinci Code” and attributed by the writer to Leonardo da Vinci. A suggestive and fascinating idea, that Pininfarina Segno dedicates to all the fans of the “Da Vinci Code” and to all those who like to think that the creation of Cryptex is really born from the genius of Leonardo, re-living a little of the mystery evoked by the novel.

The idea is the result of a project that has seen the students of the European Institute of Design (IED) of Turin challenge themselves with the design of an original object for an author’s desk, which respects the values of innovation, attention to style and quality craftsmanship that Pininfarina Segno represents. The proposal presented by Claudia Gentili, at the time a young student enrolled on the course in Product Design, was the one who best knew how to respond to requests with technique and genius, thus giving life to the prototyping and subsequent production of Codex.

As stated by Paolo Pininfarina, President of the Group, “when design meets innovation, extraordinary projects are born. Thanks to the collaboration with the IED and to the creativity of the students we have given shape to a new chapter in this exceptional story”.

Davide Fabi, CEO of Signature, the company responsible for the Pininfarina Segno project, underlines the brand’s vocation for enhancing the creativity of young talents “the collaboration with institutes of excellence such as the IED represents the lifeblood: for us, the ideas and projects of the tomorrow’s designers are, already today, important stimuli, ideas to work on”.

Limited Edition of 500 pieces
Price: € 600
In pre-sale at https://store.pininfarina.com/